November is recognized as Local Government and Community Development month, under the theme “Building Resilient Community….Through Local Governance”. One of the features of the month’s celebration is the selection of the Youth Mayor which was held on Monday, November 11, 2019 at the Corporation’s Office, Spanish Town, St. Catherine.

The selection was made from among nine (9) Junior Councillors representing various divisions and Damario Patterson was selected as Youth Mayor for St. Catherine for 2019-2020.  Damario Patterson represents the Lluidas Vale Division and is an upper-six form student at St. Jago High School. Shantae Cobban, Junior Councillor for the Lauriston Division and a second year student at The Cedar Grove Academy was selected as the Deputy Youth Mayor.  Third place was awarded to Nastascia Dixon, Junior Councillor for the Dela Vega City Division, a six form student also at St. Jago High School.

Each Junior Councillor was asked to prepare a ten-minutes presentation on whether  “Local Government Reform is good for Jamaica” or “Central Government should handle all affairs of the Parish not the Local Authorities”. The Moderator, Councillor Keisha Lewis did an excellent job in ensuring that the participants were focused and relaxed throughout the presentations, which were very informative and well received by the panel of judges.

The Junior Councillors all received certificates of participation and special awards were also presented to the first, second and third place winners. They also attended the General Meeting of the Corporation, which was held on Thursday, November 14, 2019, where they were officially introduced and allowed to view the proceedings of the meeting. Youth Mayor Damario Patterson brought greetings on behalf of his fellow Junior Councillors at the meeting.

The Youth Mayor along with the other Youth Mayors from across the island will participate in various activities both locally and nationally during their tenure. 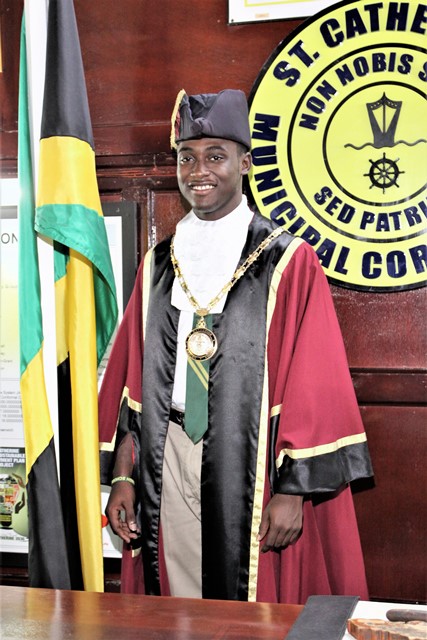 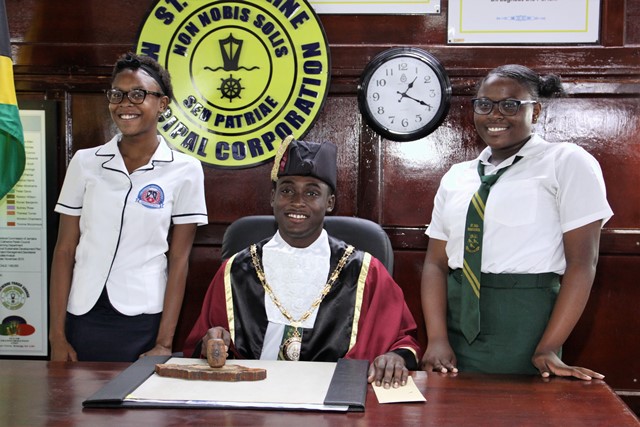