At approximately 12:30p.m. runners from several youth groups within the parish of St. Catherine trekked into the park at Emancipation Square, Spanish Town delivering the five (5) messages from the Governor-General, the Prime Minister, the Minister of Local Government and Community Development, the Leader of the Opposition and the Association of Local Government Authorities of Jamaica (ALGAJ) respectively, to Councillor Norman Scott,  Mayor of Spanish Town.

Councillors Patricia Harris, Peter Abrahams, Leroy Dunn, Lloyd Grant and Neil Powell participated in presenting the medals to the runners, subsequently to which, the runners journeyed to Clarendon to deliver messages to the Mayor of Clarendon. 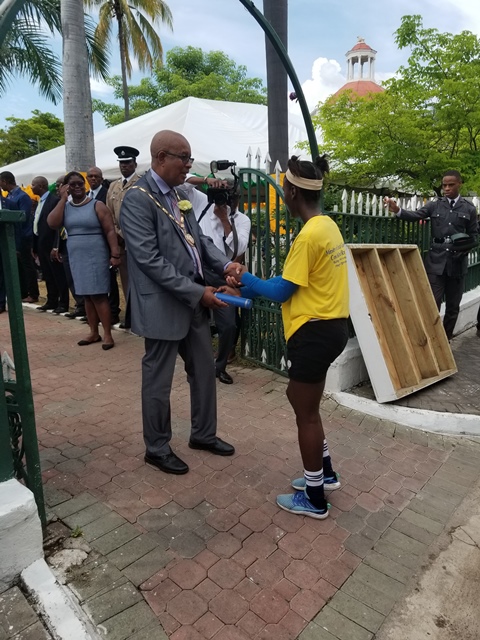