Montego Bay’s Mayor, Councillor Homer Davis has made for pitch for small ganja farmers to become legitimate players in the lucrative cannabis industry.
Speaking at the opening of the 2019 CanEx Business Conference and Expo at the Montego Bay Convention Centre on Thursday September 26, 2019, Mayor Davis said the small players have suffered immensely in the past and the time has come for them to own a stage in the industry.

“Today, I make a pitch for the small players in the Cannabis industry….those people who are deemed to be at the lowest end of the scale. I hereby issue a challenge to the small players to start viewing the industry as just a 1-hundred dollar bag or a spliff or a joint…and start seeing yourselves as being part of a progressing business”, Mayor Davis said.

Mayor Davis is urging small ganja farmers to establish cooperatives through which their dream to produce more and become legitimate players in the industry can be realized.
He said “I urge you to form yourselves in cooperatives in order to take advantage of the business opportunities which are on offer in the Cannabis industry. For too long our small players have had to be running from the Police, getting locked up and being treated as contributors rather than developers of the sector. The time has come for you all to stand up and take your rightful place in the sector and make this an intergeneration industry….You can do it and indeed you must do it.”

Meanwhile, Mayor Davis said Montego Bay remains open for investments in all sectors, but cautions that investors must adhere to the rule of law which have been laid out by the government and under the ambit of the St. James Municipal Corporation. 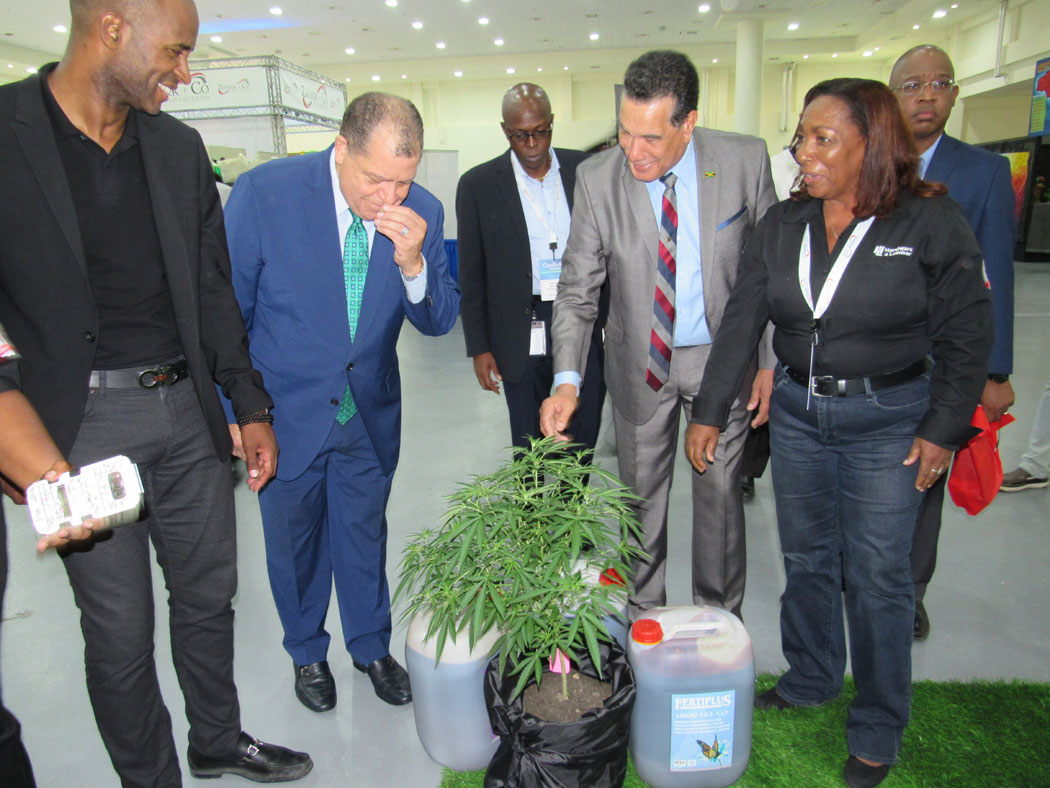 Mayor of Montego Bay, Councillor Homer Davis (3nd right) takes great interest in a ganja plant which was on the exhibition floor at the 2019 CanEx Business Conference and Exhibition at the Montego Bay Convention Centre on Thursday September 26. Minister of Industry, Commerce, Agriculture and Fisheries, Hon. Audley Shaw (2nd left) and other participants at the conference share the occasion.

Mr. Davis said “our city is buzzing and I can report to you that investors are knocking on our doors ready to roll out major investments in a number of areas such as the BPO sector, in tourism, in construction, manufacturing, shipping and certainly in the area of infrastructural development. The St. James Municipal Corporation is moving with the times and stands ready to facilitate investors in all sectors, including the lucrative cannabis trade to set up businesses in our city. I must caution however that investments must be orderly and must conform to the laws of our land. 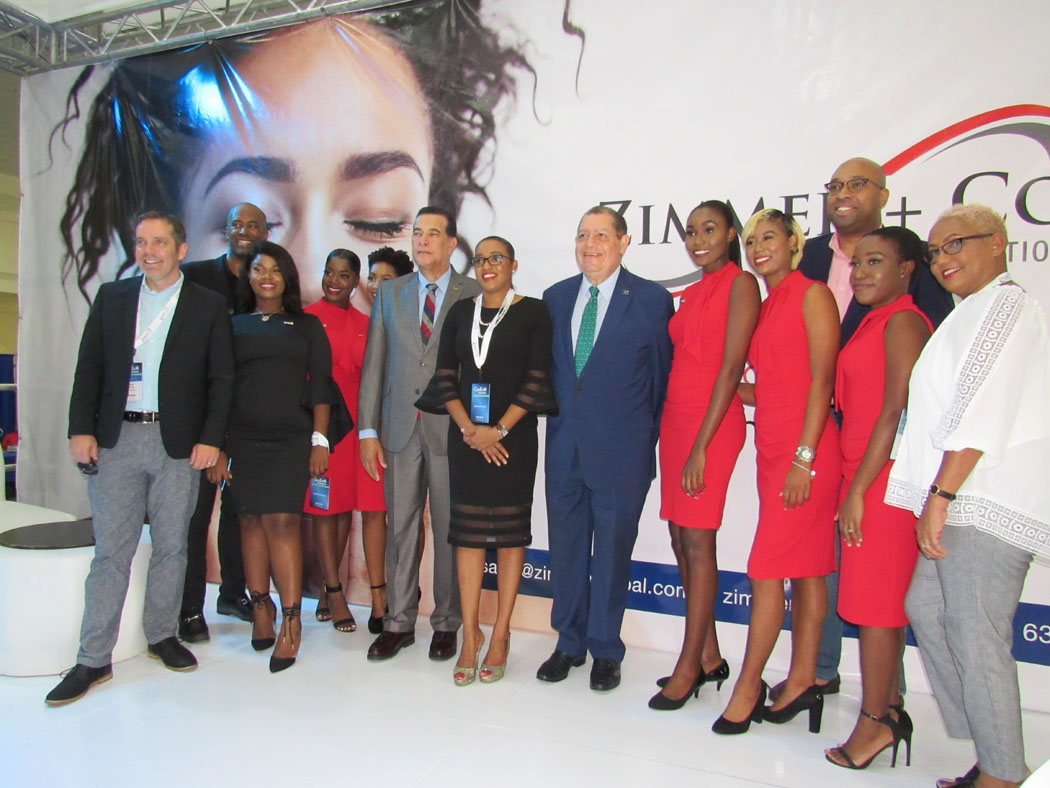 He said the cannabis industry has the ability to produce wealth and sustainable jobs, but must be properly managed.

Mayor Davis said “I am sure the cannabis industry is a sustainable one and one that can provide well-paying job opportunities for our citizens, our scientists and certainly those who are involved at other levels of the trade. I know this industry can and will provide wealth and sustainable jobs for our citizens, but it must be handled with the highest level of integrity”.