St. James firefighters are now operating in more comfortable surroundings as the facility from which they function in Freeport, Montego Bay has received infrastructural upgrades and repairs.

The works, which were administered through the St. James Municipal Corporation’s Roads and Works Department, commenced in late June 2018 and were completed on September 10.

The repair works carried out at the facility came as a result of a mandate given by Mayor of Montego Bay, Councillor Homer Davis at the sitting of the regular monthly Council Meeting held on May 2018.

Mayor Davis recommended at the time, that funding should be secured from the Ministry of Local Government and Community Development in an effort to improve the facility with a view of ensuring that the infrastructural integrity was in keeping with expected standards.

The Scope of works included roofing works, carpentry, masonry, tiling and electrical and plumbing works. A total five (5) bathrooms were renovated and the buildings affected by repair works were also painted.

Termite infested boards which framed a section of the female and Officer’s quarters were removed and a concrete-board structure built as a replacement. The entire facility has also been treated to inhibit the infestation of termites. 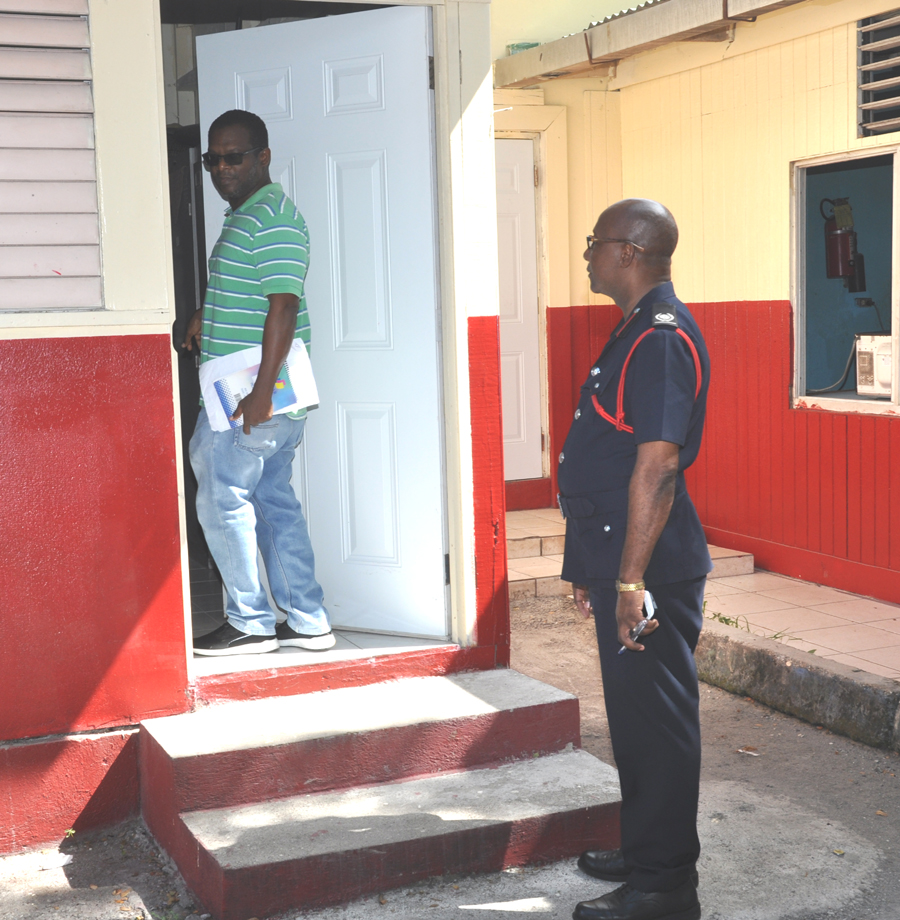 Fire Inspection: Superintendent of the St. James Fire Brigade, Dolfin Doeman (right), observes as Building Officer at the St. James Municipal Corporation, Pete Jackson gives him a tour of the recently renovated main dormitory building at the fire station located along Almond Way, Freeport, Montego Bay. The repair works carried out at the fire station was administered through the Municipal Corporation’s Roads and Works Department.

According to Superintendent of the St. James Fire Brigade, Mr. Dolfin Doeman, firefighters who operate from the fire station are pleased about the works done at the facility, and are in a better state of mind to operate effectively.

“We are happy that the repair works were carried out… it has improved the comfort and morale of the firefighters,” said Doeman.

The facility from which the firefighters now operate provides temporary housing for the parish’s fire unit, awaiting the construction of the parish’s new fire station which is slated to be constructed within the next two-years at the original location along Barnett Street, Montego Bay.